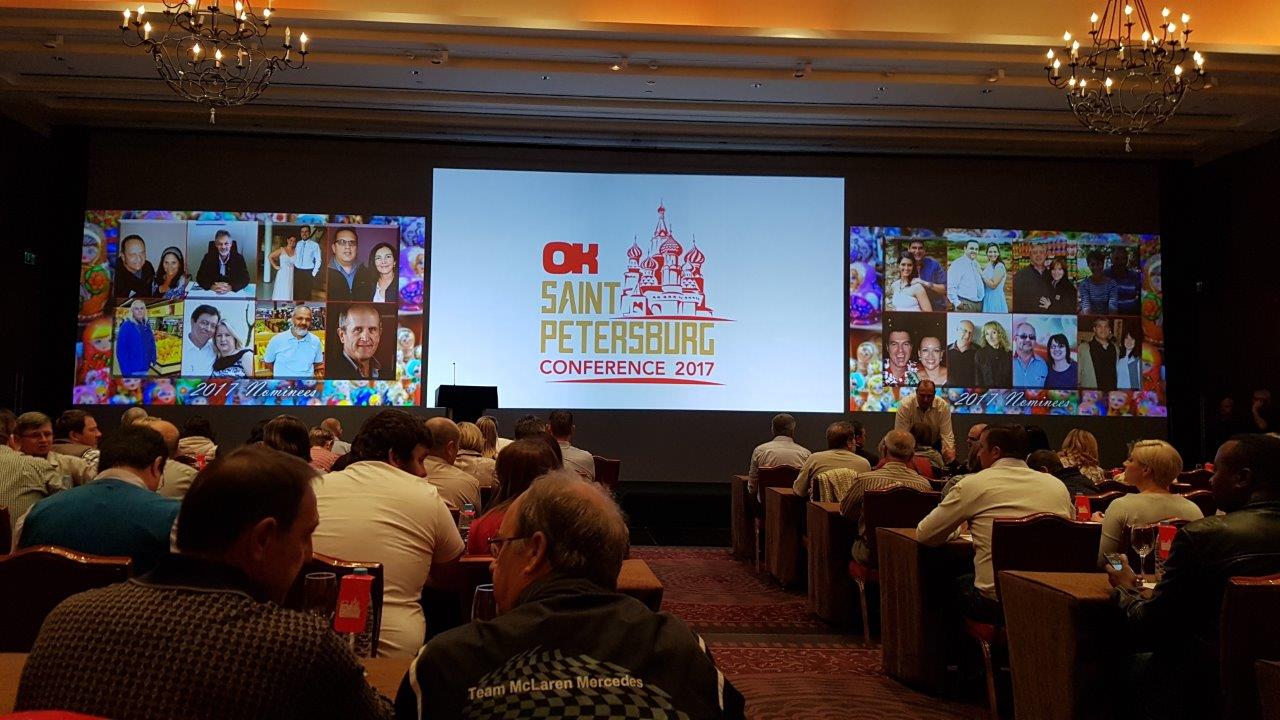 OK Foods, franchise division of Shoprite Checkers, recently held their annual conference in St. Petersburg, Russia. Spinnaker Software, preferred POS supplier to OK with Arch Retail Systems, was honoured to have been as invited to attend.

The conference culminated in a formal dinner where the following 2017 category winners were announced:

Nico Heyneke from OK Foods Richards Bay delivers his acceptance speech as winner of OK Foods of the Year.

David Geldenhuys, Marketing Executive, who represented Spinnaker, commented as follows: “It was a privilege to be part of such a prestigious event and rub shoulders with successful members and OK Foods personnel. The group comes off a very successful year in which they have seen aggressive growth and we are indeed proud to be a business partner. Our congratulations to not only the winners, but also to all the nominated stores in the respective categories.”