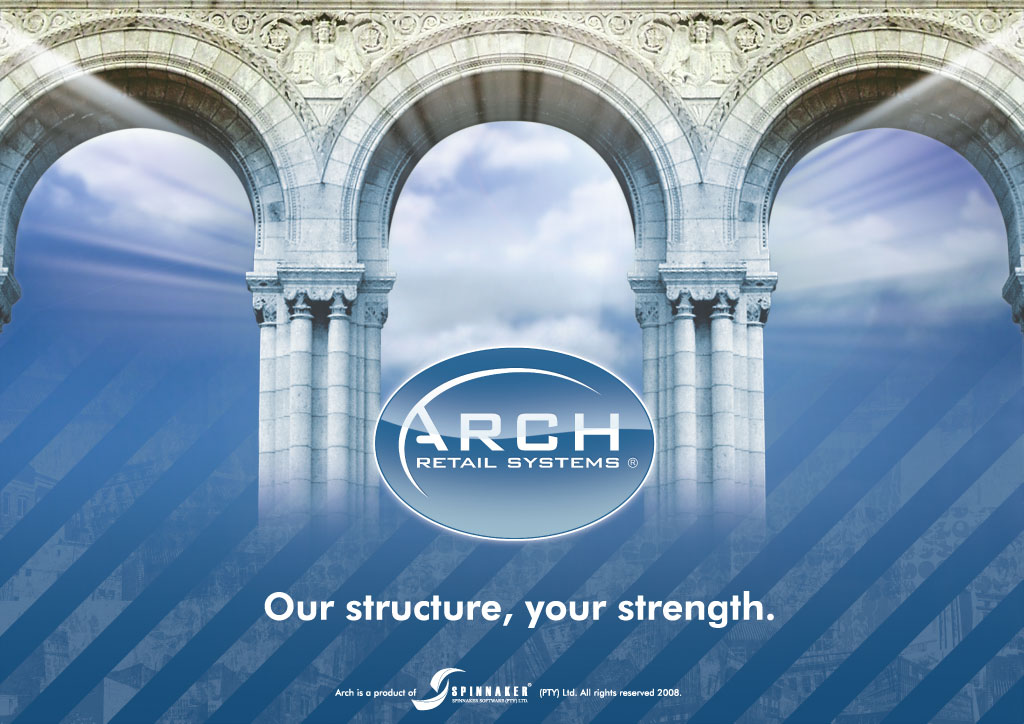 Arch as a market leader in the Southern African retail verticals it serves. It is often asked why “Arch”, as a brand name for our suite of products.

The arch is an ingenious architectural discovery, dating back to ancient times but still in wide use today. Up until the 19th century, it was the only known method for roofing a building without the use of beams.  Arches are made of wedge-shaped blocks, set with their narrow side towards the opening so that they lock together. The topmost block is called the keystone. Once locked into place, the arch cannot collapse, because it is held in place by the weight of all of its own building blocks, and the more weight is added, the stronger it gets.

In the late 1990s when the Arch solution was developed, it was one of the first systems of its kind to use a relational SQL database. This meant that larger volumes of data could be stored more efficiently compared to other systems of the same period, which had to make use of various processes like day-ends, month-ends and year-end, to aggregate and store smaller sets of data.

The Arch system stores raw transaction data and generates its reports on the fly. The approach allows for virtually any type of report to be generated as raw transaction data is always available. This means that the more data is accumulated, the more valuable/stronger the system becomes, hence the symbolic reference to the ARCH.